Nowruz is called Nauryz in Kazakhstan

Nowruz, a.k.a Nauryz is the first month of spring, which is obviously March in English. And it's the best month of the year in Kazakhstan. Why? Well, simply because it is rich for hoidays.

It’s essential for men to behave themselves that day, as your (men's) relationship with women depends on how attentive you were that special day. Trust me it doesn’t go unnoticed by the world’s best half.

Get it right now and you’ll be fine for the rest of the year. Remember though, only until it’s 8th March of the following year.

And if you missed it that day, don’t worry. You still have March 21 to impress yourself. Don’t worry it’s not another women’s day. No. 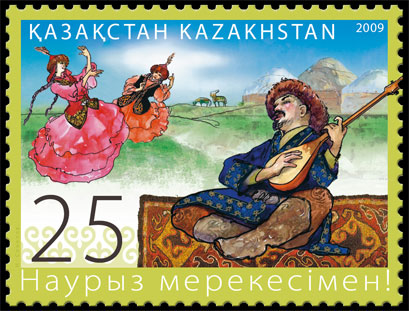 It’s the New Year holiday. I know you have already celebrated 1 January – New Year Day, then unofficial 13 December Old New Year. I know all that. And this one is different, it's the New Year by Persian Calendar.

This holiday was missed out for years on the territory of the former Soviet Union and quickly caught up by Central Asian countries after its collapse. It’s the first day of spring. And the whole month of March is called Nauryz in Kazakhstan.

How to say "Happy Nauryz" in Kazakh Language

This is the birth of the New Year as Mother Nature starts its renewal and its new cycle. It’s the holiday of joy and food.

So to make it easier for you - use the short vresion. Remember if you meet someone during the Nauryz holidays say "Nauriz kutty bolsyn!". And you'll hear back-"Birguie bolsyn!" And if someone wishes YOU a Happy Holiday then you say back... Right. "Birguie bolsyn". 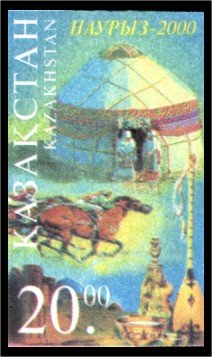 This is the time to be in Kazakhstan if you want to learn culture and traditions of people living in Kazakhstan, as well as taste some real Central Asian food.

The food on this day has to be in abundance and everybody should be welcome to try.  Especially you need to feed and help people in need. The main dish symbolizing this holiday is Nauryz kozhe. Make sure you try some.

You need to go to your local public square to find out what's on and where. You meet people of various nationalities that live in your area, as they will all be showing off their traditional costumes, as well as traditional food, music and dancing.

You will also be able to see some national games and other entertainment no matter what the weather is. So take your camera and some cash and go out and enjoy Nauryz Meirami. Remember you have three days-off starting from March 21 all the way to March 23.

Happy Nowruz to You All!!!

Leave Nowruz to go back to Kazakhstan Public Holidays