Looking for a map of Kazakhstan?

It's amazing how much information you can get just looking at various Kazakhstan maps nowadays: from history to climate, from roads to population density. Just about anything can be mapped. 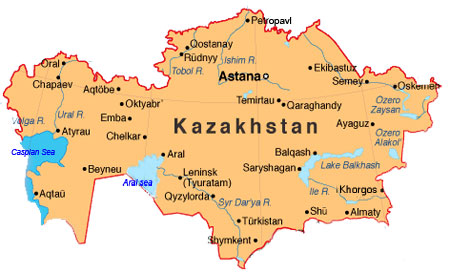 Here are a few questions that have been asked online by people who do not know much about where Kazakhstan is.

Have a look at the map of Kazakhstan above. As you can see the west of the country is partly in Europe, while the rest is in Asia. Atyrau, one of the cities of Kazakhstan, partly lies in Europe, with a bridge connecting it to Asia.

Is it in Russia?

Another frequently asked question online. I will try to explain why people ask it this way. 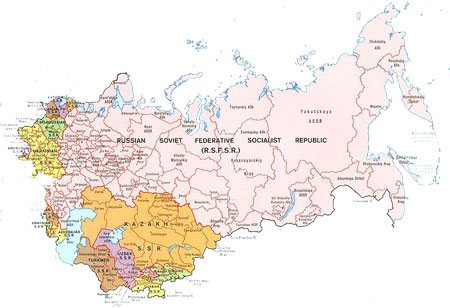 The KazakhSSR was one of them. Like any other republic of the former Soviet Union, it had its own national flag, national anthem and national emblem for internal use within the USSR. From international events we could only remember the USSR national symbols.

1990s have drastically changed the looks of the the world map. Once famous USSR started to collapse and as a result 15 new countries have emerged, including the Republic of Kazakhstan.

So where is Kazakhstan? 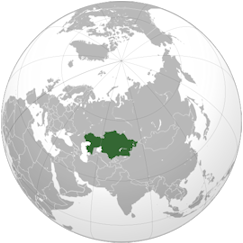 Ok, Ok, here it comes – Ta-duh!
Kazakhstan on the Globe!

As you can see it is situated right in the heart of the Eurasian continent, in many senses playing the role of a bridge between Europe and Asia.

If you look at the political map of Kazakhstan, you can see the neighbours, two major players Russia in the north and China in the southeast. Now you would say to yourself, no wonder Kazakhstan found itself in the middle of the famous Great Game.