What's the capital of Kazakhstan?

Today the capital of Kazakhstan is Astana.

During its history Kazakhstan had more than one capital. Let's start our list from the latest to the first.

Astana literally means Capital in Kazakh language. It's the word primarily borrowed from Persian, meaning a place where the court is seated (capital city). It is the second largest city in Kazakhstan, after Almaty. It is located in north-central part of Kazakhstan, just under 1000 km (600 m) north from the last capital. 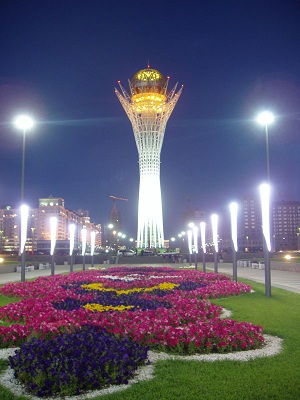 1997 was a lucky year for Astana. December the 10th of that year it became the capital of the Republic of Kazakhstan. Then it was called Akmola, the name that the city had got with the collapse of the USSR.

The city carried the name until May the 6th 1998. That's when Akmola got a new name of Astana. June 10, 1998 it was internationally presented as the new capital of the new Kazakhstan.

And now within a very short time it has got a very new face lift. From an ordinary soviet looking city it is turning into a modern XXI century city.

What was the capital of Kazakhstan
before Astana, i.e. before 1997?

Although it had lost its status as the capital more than 10 years ago now, it still is a major financial and cultural centre. It is situated in the south-east of the country, only about 300 km away from Kyrgyzstan and Chinese borders. 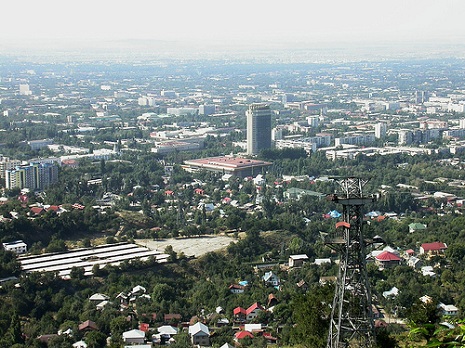 What was the Kazakhstan capital before Almaty

The city of Akmechet was renamed Qyzylorda (Kyzyl Orda) and chosen as the capital of the new Kazakh ASSR. It is sitituated on the route of Syr Daria River, the river that starts in Tyan Shan Mountains and flows into the Aral Sea.

View The Kazakhstan Capitals in a larger map

Back to the Kazakhstan facts page